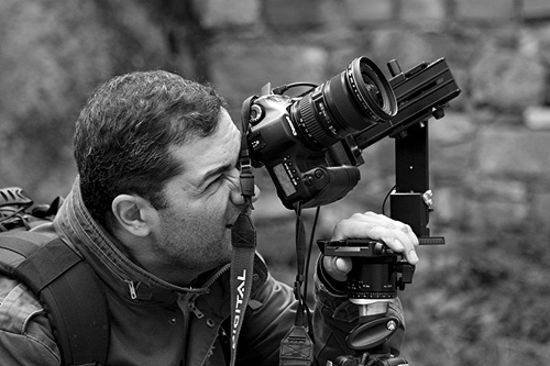 Born in 1976, Suren started to photograph when he was sixteen and became a professional photographer in 2006. His photographic interests span from Macro to Portraits, Creative photo projects, Landscape, and much more. Suren’s photos have been published in numerous magazines and newspapers in Armenia and worldwide.

His latest popular series of close ups of a human eye – entitled “Your beautiful eyes,” together with a similar series on “Animal eyes,” have had millions of views on the Web. They were published by National Geographic, Yahoo!, Die Zeit, The Sun, Daily Mail, The Independent, Telegraph, La Republica,  Liberation, Guardian, Wired, Huffington Post, Wedemain, The Shortlist, DT Magazine, MAXIM, and many others. The photos were also used by BBC Spain, BBC Brasil, WNYC, Gizmondo and many others.

In parallel to photography, for the past ten years Suren has also enjoyed teaching physics, mathematics, projective geometry and astronomy at the Yerevan Waldorf School. From 1997 to 2011 he served as a scientific researcher at the Institute for Physical Research of National Academy of Sciences.

Suren received his PhD in Theoretical Physics from the Yerevan State University in 2001 where his research focused on Quantum Chaos. He received the President Award of the Republic of Armenia next year for his research work in the field of quantum technologies.